Environmental Issues on the U.S. Army Bases in Korea: Complex Relationship between Policies and Public Health and Environmental Health Law

After the Korean War, the Status of Forces Agreement (SOFA) was drafted to secure the military support and cooperation of the United States Forces in Korea (USFK). However, there were several incidents where the two countries conflicted. In May 2011, Steve House, an American veteran, claimed that the United States Forces in Korea illegally buried about 250 drums of Agent Orange containing dioxin on the Camp Carroll Army Base in Waegwan, Republic of Korea, in 1978 without notifying the 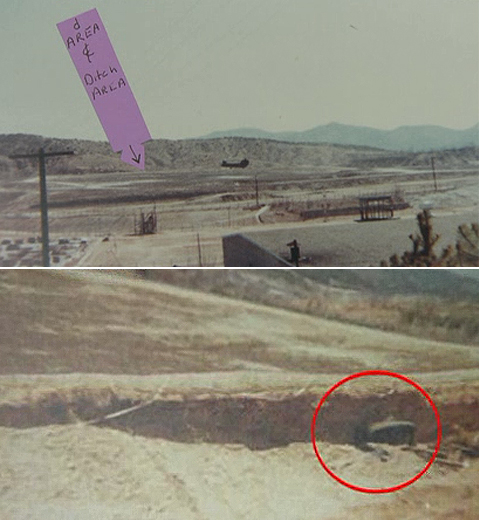 Korean government. Shortly after House’s allegation, the Camp Carroll Site Investigation report conducted by the U.S. Army Corps of Engineers Far East District (hereinafter FED) was leaked to the media. The report indicates that “potential contaminant sources identified for Area 41 are comprised of containers of hazardous materials previously stored at the site.”

However, the USFK was never held accountable. There are many scientific studies which have concluded that dioxin is very dangerous to humans. Clearly, the SOFA is not adequate to address possible environmental contamination caused by the USFK on Korean soil. Having considered the fact that CERCLA and the Resource Conservation and Recovery Act (RCRA) take control of cleaning up past contamination at domestic military facilities, it is time to ask whether SOFA, an obscure and poorly written agreement, is appropriate to address public health and environmental health issues.

Enacting environmental health policies is complex because it requires thorough understanding of the issues and other related components. It is important to understand definitions of some words such as public health, environmental health, and policies. According to Oxford Textbook of Public Health, public health is “the process of mobilizing local, state, national, and international resources to solve the major health problems affecting communities.” It is based on population while environmental health “comprises of those aspects of human health, including quality of life, that are determined by physical, chemical, biological, social and psychosocial factors in the environment.” The definition of policies given by Webster’s Dictionary is “a definite course or method of action selected from among alternatives and in light of given conditions to guide and determine present and future directions.”

The incident at the Camp Carroll is about both public health and environmental health. Dioxin contamination can involve in local, state, national,

and international resources because dioxin is considered very dangerous by scientific communities and health organizations like the World Health Organization (WHO). Having considered the EPA has set 0.00003 micrograms of 2,3,7,8-TCDD per liter of drinking water as a limit, it can be easily concluded how lethal even very small amounts of dioxin can be for humans. Many communities in Vietnam have suffered from being exposed to dioxin, which was used by the American Army in Agent Orange during the Vietnam War.  The world has witnessed how humans have become victims of various harmful chemicals including dioxin. Toxic chemicals poured or buried illegally by foreign entities have caused serious health problems in many places and this alarming fact requires attention from international community, not just from national or local government.

The incident also triggers environmental health concerns since environmental issues from dioxin contamination address the need for correcting, controlling, and preventing chemical, physical, and social factors in the environment.  Not only does dioxin

contamination seriously affect the health of people exposed to it, but also that of future generations because dioxin can impair the immune system, reproductive system, and other important systems in our body.

The SOFA does not establish governmental actions that can solve the environmental issues at Camp Carroll and other American facilities on foreign soil.  CERCLA and RCRA control cleanup of past contamination at domestic military facilities, like the Superfund sites at Fort Meade, MD and Fort Belvoir, VA.  The continuing dioxin problem in South Korea underscores the difference between U.S. environmental policies for domestic facilities and overseas installations.

Illegal dumping or burial of harmful chemicals cannot be overlooked. The incident in the Camp Carroll requires the U.S. and Korean governments to actively engage in improving the SOFA diplomatically and establishing laws that will prevent possible

future environmental conflicts on Korean soil.  To do so, it is very important to understand that the SOFA resulted from the  imbalance of economic and political power between the two countries immediately after the Korean War, which made the SOFA not to reflect scientific findings of dioxin.

The Republic of Korea now has much a stronger economic and political foundation.  From this base, it is possible to require clean up of U.S. military bases in Korean soil under the SOFA?  To answer this question, we need to ask ourselves: