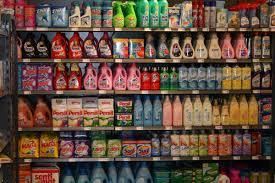 The panelists discussed the process of review under CSIA, the new safety standard, and preemption. Everyone agreed that CSIA’s most beneficial features include requiring proof of safety, increased transparency, and re-setting the chemical inventory. By re-setting the chemical inventory, the number of chemicals under review would be limited to those active in commerce, allowing EPA to focus its resources on substances with potential impacts on health and the environment. While the discussion was largely positive, there were concerns about the lack of deadlines and whether or not EPA has the resources necessary to implement the new requirements.

Demitri Karakitsos and Richard Denison addressed revisions to §6, TSCA’s safety standard. They both applauded changes requiring EPA to consider health and environmental impacts when making determinations of safety rather than a cost/benefit analysis, removal of the “least burdensome” requirement for regulation, and the requirement that EPA review chemicals in the context of “best available science.” Karakitsos clarified that while the requirement for “best available science” was intended to promote “sound science,” it does not require a risk finding, which provides flexibility for EPA to gather sufficient data to determine health and environmental impacts of a chemical. Dennison echoed the benefit of flexibility, pointing out that rigidity would hinder EPA’s ability to make determinations in the event that data was sparse.

Representing the chemical industry, Judah Prero expressed approval of CSIA’s emphasis on transparency. He also argued, however, that the provisions protecting confidential business information (CBI) are equally as important as transparency because they protect U.S. companies from losing their share of the market to companies in other countries.

Addressing the concern that EPA lacked sufficient resources to carry out the various provisions of CSIA, Prero discussed the possibility of imposing a fee on chemical manufacturers. He explained that while the chemical industry is not opposed to a fee structure, it is hesitant to pay into a program before it knows whether EPA can actually carry out the provisions as required. In response, Richard Dennison pointed out that nothing in the CSIA removed TSCA’s §26(b), which granted EPA the authority to impose fees on chemical manufacturers.

The panel spent a significant portion of their discussion on the impact of the bill’s section on preemption. The general consensus among the panelists was that CSIA would not preempt existing state chemical regulatory laws, including California’s Prop. 65 or any laws adopted under federal statute or pursuant to state water, air, or hazardous waste disposal laws. There was some confusion, however, whether states would be able to regulate high-risk chemicals before EPA has issued a final determination on safety, a concern exacerbated by the bill’s lack of deadlines. If a high-priority chemical is allowed to languish without a final determination, states may be barred from issuing regulations, despite serious concerns over health and safety.

The panel ended with a discussion about the difference between CSIA and successful chemical regulatory programs in other countries. Specifically addressing the EU’s REACH, Karakitsos emphasized that the goal was not to copy another system, but to fix the current law in a way that would work for the U.S. regulatory system. Dennison concluded that the EU’s model, which shifts the burden of proof of safety to industry, is not necessarily what the U.S. system needs. In his opinion, the U.S. needs a program that restores confidence in the U.S. chemical market, and allowing industry to assess its own risk and develop its own risk management program is not the best way to accomplish this. Dennison and Prero closed the discussion by expressing hope that EU’s program would, however, benefit safety determinations by making the information required under REACH available to EPA.

Overall, the panelists expressed support for the bill, despite its potential weaknesses. The consensus was that the U.S. chemical regulatory system is defunct and in dire need of repair, and that a bill with bipartisan support is the best way to accomplish the necessary change.

Links to Posts about CSIA on this Sits

Links to Other Sites