UN Panel Releases Report on the Impacts of Climate Change

The Intergovernmental Panel on Climate Change’s (IPCC) Working Group II released the most recent contribution to the Fifth Assessment Report (AR5), the second of three reports the IPCC will ultimately synthesize and release in December, 2014. Established in 1988 by the United Nations Environmental Programme (UNEP) and the World Meteorological Organization (WMO), the IPCC is comprised of three Working Groups, a Task Force, and a Task Group. The IPCC’s Working Groups (WG) review and analyze scientific and technical information on climate change and its potential environmental and socio-economic impacts. The WG’s have issued four previous Assessment Reports on climate change, commissioned by the governments of 195 countries. This most recent report focuses on risk, evaluating “how patterns of risk and potential benefits are shifting due to climate change… [and] considers how impacts and risks related to climate change can be reduced and managed through adaptation and mitigation.” According to WG II, the effects of climate change will be “severe, pervasive and irreversible.” The majority of observed changes will have the strongest impact on natural systems–water resources, sea level, and biodiversity–but will also affect human systems, such as food production and livelihoods. The report identified eight key risks of continued warming, based on criteria including magnitude, probability, and irreversibility. These risks, which include death, injury, and health impacts, are associated with the physical consequences of warming–such as flooding and severe weather–as well as the results of these consequences, including the degradation of the natural environment and the breakdown of infrastructure, some of which will affect particular regions and some of which will have cascading effects. 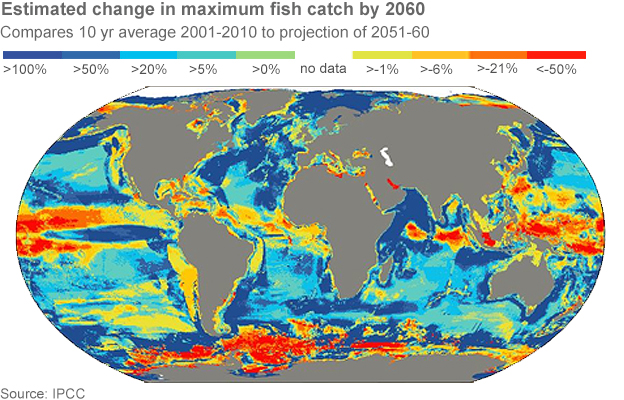 1. Risk of death, injury, ill-health, or disrupted livelihoods in low-lying coastal zones and small island developing states and other small islands, due to storm surges, coastal flooding, and sea-level rise.
2. Risk of severe ill-health and disrupted livelihoods for large urban populations due to inland flooding in some regions.
3. Systemic risks due to extreme weather events leading to breakdown of infrastructure networks and critical services such as electricity, water supply, and health and emergency services.
4. Risk of mortality and morbidity during periods of extreme heat, particularly for vulnerable urban populations and those working outdoors in urban or rural areas.
5. Risk of food insecurity and the breakdown of food systems linked to warming, drought, flooding, and precipitation variability and extremes, particularly for poorer populations in urban and rural settings.
6. Risk of loss of rural livelihoods and income due to insufficient access to drinking and irrigation water and reduced agricultural productivity, particularly for farmers and pastoralists with minimal capital in semi-arid regions.
7. Risk of loss of marine and coastal ecosystems, biodiversity, and the ecosystem goods, functions, and services they provide for coastal livelihoods, especially for fishing communities in the tropics and the Arctic.
8. Risk of loss of terrestrial and inland water ecosystems, biodiversity, and the ecosystem goods, functions, and services they provide for livelihoods. 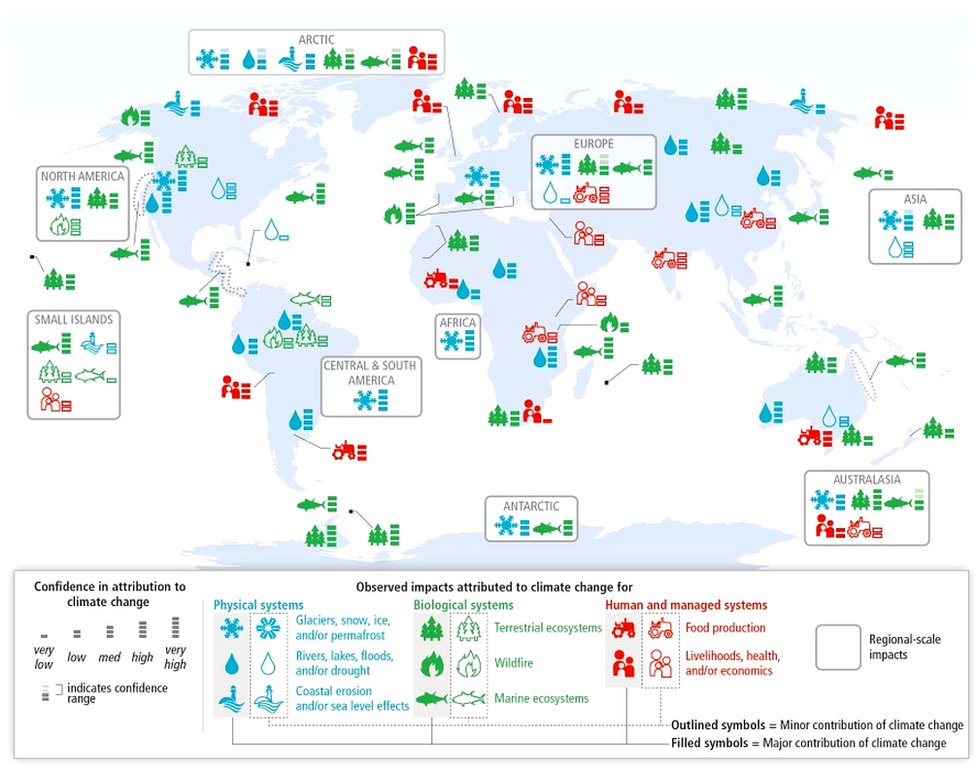 In addition to the risks, the report discusses the specific impacts of continued warming. Examples of impacts include an increase in the number of people experiencing water scarcity and the proportion affected by major river floods, submergence, and erosion due to sea-level rise. Under certain rates of emission, there is also a “high risk of abrupt and irreversible regional-scale change” to certain ecosystems, which will create an increased risk of extinction for land-based and freshwater wildlife and a shift in range for fish and other marine animals. According to estimates, a 2C rise in temperature above 20th Century levels will have impacts on the production of the major food crops–wheat, rice, and maize–which will result in food security. Continued warming is also expected to slow economic growth, making it more difficult to overcome poverty. Taken together, these factors are likely to increase rates of emigration, conflict, and population, all of which will have substantial impacts on health. 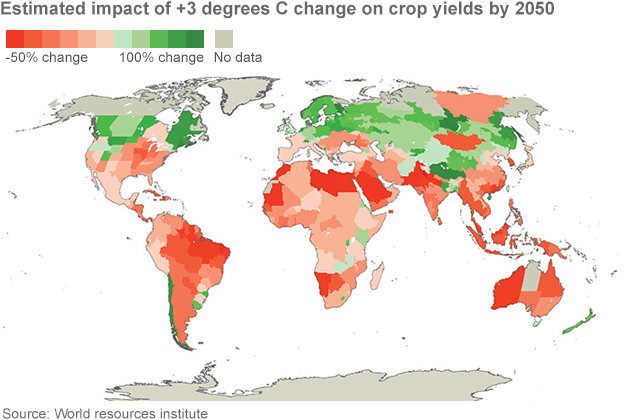 To address the risks and impacts of climate change, the report stresses the importance of adaptation. It highlights steps taken by governments to respond to these changes by developing plans and integrating climate considerations into existing programs, such as disaster risk management and water management programs. For example, the US has undertaken “incremental” planning, including proactive measures to protect long-term investments in energy infrastructure. To aid governments in this planning process, the report lays out a principles for effective adaptation, which include enhancing planning and implementation through international collaboration, addressing the causes of climate change, and reducing exposure and vulnerability to the variability associated with warming. The report emphasizes that measures addressing the causes rather than the effects of climate change may serve to slow the rate of global warming, and therefore lessen the risks associated with climate change.

The most recent contribution to AR5 can be found here.

This entry was posted in climate change and health. Bookmark the permalink.